This case study focuses on the events surrounding the mass shooting at Marjory Stoneman Douglas High School in Parkland, Florida on February 14, 2018. The main objective is to outline key events and showcase updates in mobile technology that can improve management of these types of events. This case study focuses on how new technology offerings can improve access to care and decrease response times. By improving the management of emergencies, the direct impact is to save valuable lives and improve school safety and workplace safety across the United States.

On February 14, 2018, a former student opened fired inside a Parkland Florida high school. The gunman tried to fire at fleeing students from the building’s third-floor windows, but the high-impact windows didn’t shatter. The gunman set off fire alarms during the incident, luring hundreds of students out of their classrooms so he could open fire. After he fired several rounds the gunman dropped his weapon and hid among the crowd as students and faculty evacuated the facility. Police captured the shooter over an hour later in Coral Springs, located about a mile away from the school. Seventeen people were killed, 3 staff/adults and 14 children attending school on that day. Fourteen others were wounded in the shooting, including several with severe and life-threatening injuries sustained during the event. 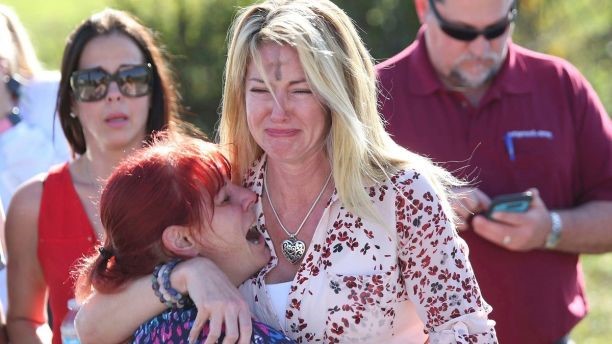 Below is a timeline of events gathered from the Broward County Sheriff’s Office and other sources. The goal is to map out key responders, key communication and key timelines of the emergency event. What is clear is that cell phones and mobile devices were key in re-building the timeline and these devices plus social media were used during and after the event by those inside and outside the building or on campus.

Gunman was dropped off by Uber driver at the high school at 2:19 p.m., a Thursday timeline from the Broward County Sheriff’s Office showed, just before the school day ends, when gates are open and it’s easy to enter the campus.

Gunman went into Building 12 east stairwell with a rifle in a case. He emerged from the stairwell with the rifle no longer in the case. He started firing into classrooms and proceeded to use the west stairwell to the second floor (Room 1214, 1215, 1216) and shot someone in another room (Room 1234). 2:22 P.M.
Shooting Believed to be Outside

School Resource Officer thinks shooting is occurring outside the building.

Gunman used the east stairwell leading to the third floor, per the timeline. More shots were fired.

Gunman allegedly went into the 3rd-floor stairwell, dropped his backpack and weapon and took off.

Gunman got out and ran in the direction of tennis courts before he went south, according to the sheriff’s office timeline. At 2:29 p.m., it said he crossed a field and ran west with other people exiting the building.

2:35 P.M.
Students are Reportedly Texting About a Shooter at the School

After the shooting/firing of weapon ceased: Students reportedly were texting about a shooter at the school. Police start to enter building (after talking to school resource officer who drew picture of campus and had cleared the outside area). Police reviewed video camera footage they thought was real-time but was 20 minutes delayed and the shooter was instead on way to Walmart and had left the building.

The gunman went into a Walmart and purchased a drink at a Subway and left the store, per the sheriff’s office timeline.

Deputies responded to reports of a shooting at Stoneman Douglas High School, the Broward Schools confirmed in a tweet. The sheriff’s office warned the public to “avoid the area of Stoneman Douglas HS” as authorities investigated reports of an active shooter. The Broward County Sheriff’s Office timeline said the gunman went to a McDonald’s, sat down briefly, then left.

3:10 P.M.
Student Tweets Photo from Inside the School

A student shared a photo to Twitter to show where he and other students were hiding. Broward Schools said the school was on lockdown after students and faculty heard what sounded like gunfire. 3:40 P.M.
Dismissal of Students Begins and they are Bused to Hotel

Broward Schools began dismissing students from the school. “We are receiving reports of possible multiple injuries,” the school district tweeted. “Law enforcement and the District’s Special Investigative Unit are currently on site.”

The shooter was taken into custody, the sheriff’s office confirmed in a tweet, warning that the scene was still active.

The sheriff’s office tweeted there were at least 14 “victims,” who “have been and continue to be transported to Broward Health Medical Center and Broward Health North hospital.”

The suspected shooter was taken to a local hospital.

Florida Sen. Bill Nelson said there were “a number of fatalities.”

Students started to reunite with their parents.

Sheriff Israel said 17 people were killed in the shooting. NOTE: The school resource officer held his post outside of the school building.

Both the timeline and events recap shows the fragmented emergency management functions that occur during these types of chaotic events.

Shots fired reports were called in to 911 dispatch call centers, starting at 2:21 to 2:22 p.m. The emergency phone call transcripts clearly confirm the chaotic nature of this event.

The 911 dispatch centers do their best to gather information from parents of children on the phone with their child (who is on lock down and told to be quiet) while other adults make 911 phone calls standing next to the parents who are trying to communicate with their child.

Videos taken by students show cell phones actively using twitter and other means of communicating with the outside world. The media quickly becomes involved due to social media reports and the school district and administrators also must immediately deal with the press and media coverage.

Staff members who have locked down the classrooms and are sheltering in place, do not have easy access to PCs or land line phones while hiding and staying quiet and mobile phone emergency management is not engaged.

In addition, the recap with the school resource officer (SRO) clearly illustrates how he had to hand draw maps of the campus for arriving initial law enforcement. SWAT team members first objective was to clear the scene of the shooter and without active communication on the status of in-house staff that are sheltered in place, the sweep takes a long period of time.

Not until after SWAT has cleared the scene from the campus sweep is active emergency medical treatment commenced, prioritizing the wounded being cleared first. Once the wounded are cleared, full scale evacuation of students and staff not wounded occurs.

How EMMA Would Have Helped Make Minutes Matter for Parkland, FL 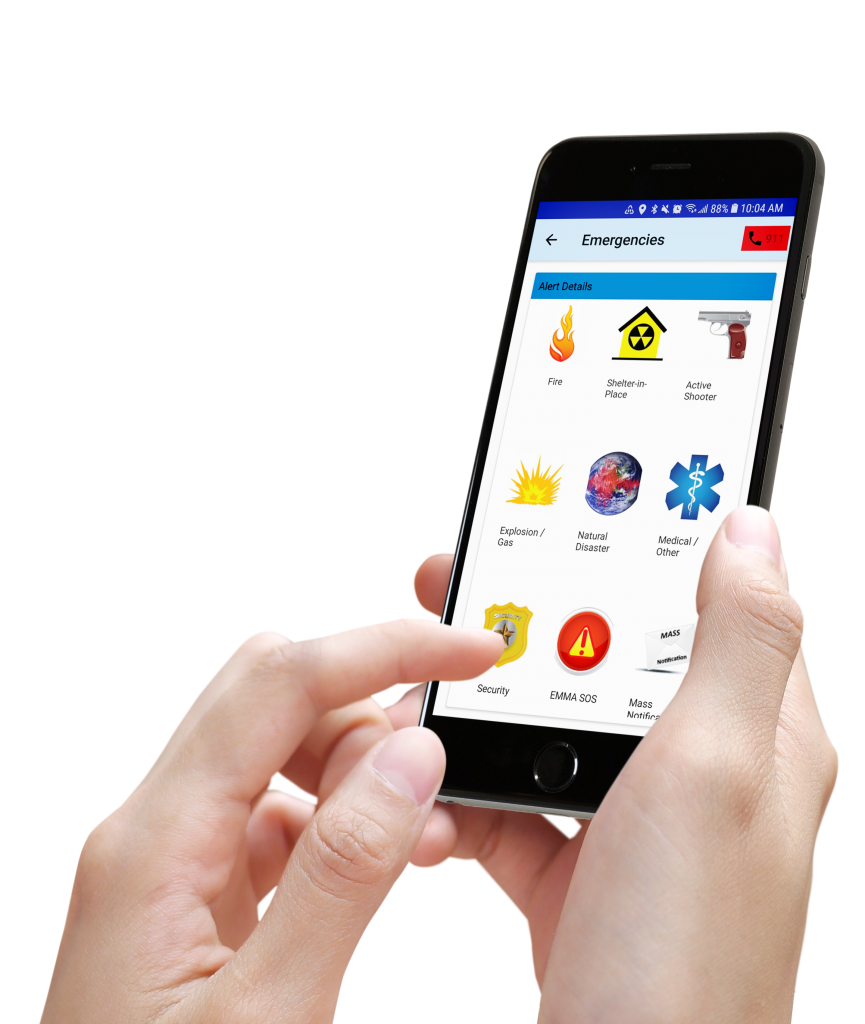 Direction and script access by administrators for controlling public relations and keeping the calm;

Improved timelines for response and care to all affected, due to continual EMMA push notifications and tools inside EMMA Admin portal for administrator use and user communication.

Although we are busy making minutes matter, we can’t wait to show you how EMMA can help you do the same. Fill out the form below and a representative will reach out to you to schedule a demo. We look forward to connecting with you.

Tap Into the American Rescue Plan (ARP) and CARES Act Funding to support your PPE and AED Programs and get EMMA for Free with One of These Amazing Bundle Deals!

Contact us with questions or to learn about our other bundle deals.

We’ve received your form submission. A representative will be in contact. Feel free to close this window and continue browsing.

Your email is 100% secure with us and you can unsubscribe at any time.